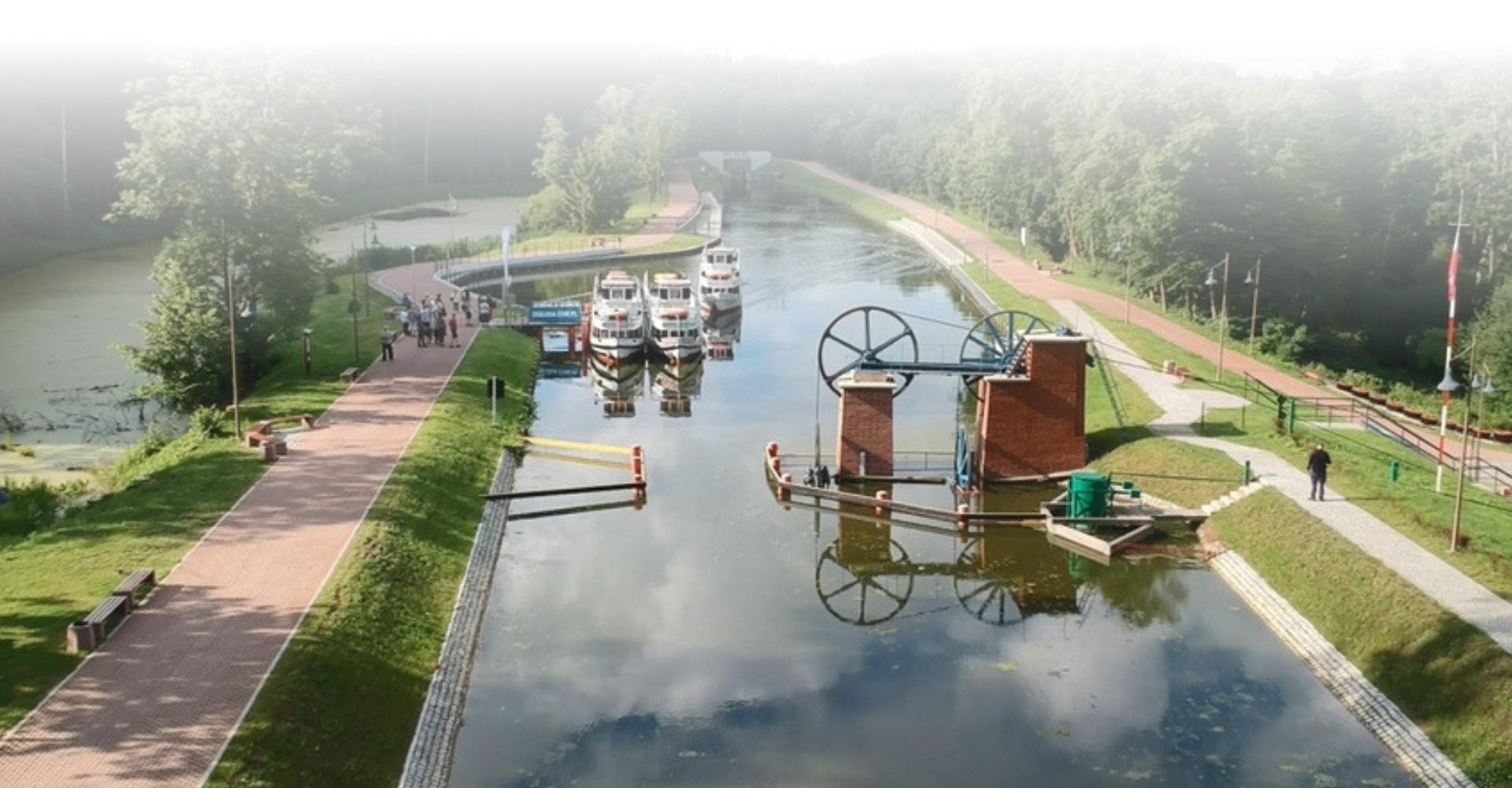 The Elbląg Canal is a navigable waterway. It is located in the Warmian-Masurian Voivodeship. This road is also called the Ostródzko – Elbląski Canal and Elbląsko – Ostróda. The trail route can be divided into three sections:

Bridges, which are monuments of hydrotechnical art, can be seen on the Dzierzgoń river in Dzierzgonka, on Tina in the lake, on Fiszewce in Szopy Elbląskie and in Elbląg near the Elbląg Shipyard. 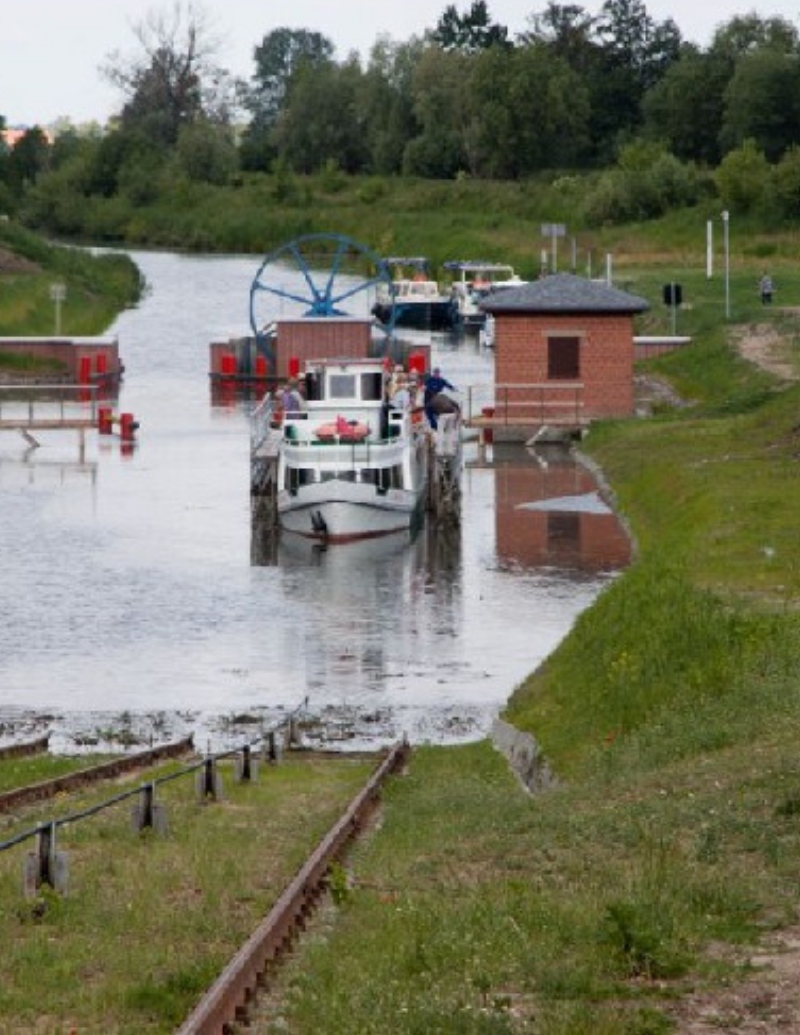 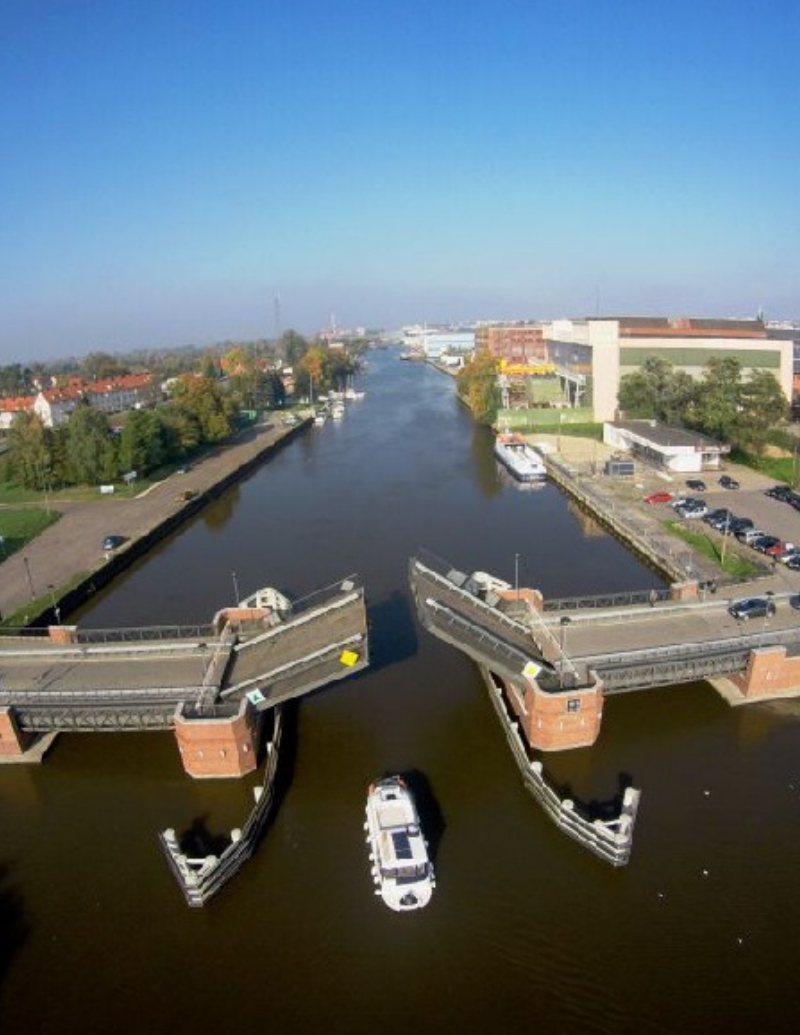 The Elbląg River is colloquially called Elblążka. Its length is about 20 kilometers. Some sources give different data (16-17.7 km), and the difference is related to the final section. Sometimes the red estuary is considered to be the mouth of the Vistula Lagoon, and the other is green.

It is an important artery because it links the Elbląg Canal and the Iława Lakeland with Elbląg and the Vistula Lagoon. Tina and Fiszewka fall into it. To the Nogat (and further to the Lagoon) it runs from the Elblążki Canal of Jagielloński, which has its beginning on the border of Elbląg.

Elblążka has a small current, and sometimes, with the winds from the Vistula Lagoon, there is a so-called “Backwater” is a phenomenon when the river changes direction and then flows towards the Druzno lake, flooding Elbląg and nearby villages.

Movement on the river
From Elbląg you can meet barges with pushers on the river, as well as slightly larger ships that sail from the Baltic Sea through the Baltiysk Strait. You have to be very careful when passing with them. The section from Elbląg to the Vistula Lagoon distinguishes itself, in relation to the surrounding water routes, by a very large movement of water craft. There are yachts and motorboats passing by, boats with anglers, port captain’s ships, border guards, pushers with barges, as well as elblag-maxy – sea vessels that sail to Elbląg through the Baltiysk Strait and the Vistula Lagoon. The movement is really intense, so you need to keep your attention.

Channel characteristics
The Jagiellonian Canal is the oldest channel in the country. It was founded in 1438. It measures 5.8 kilometers and connects Nogat with Elbląg – near the village of Kępki.

Shipping information
Sailing on the canal does not cause much trouble. Yachts must have a mast located, due to the bridge when connecting the Jagielloński Canal with Nogat. Most of the banks are overgrown with reed, while on long sections the channel is strengthened with wooden stakes. The landscape that we can admire around is mostly arable land. There are many anglers on the whole trail.

Nogat is a typical Żuławy river with traces of original nature and unique monuments on both banks. It is also the right arm of the Vistula delta. It starts at its 886.6 kilometer in Biała Góra and after 62 kilometers it flows into the Vistula Lagoon. Nogat leads only 3% of the Vistula waters to the estuary, hence its small current, which distinguishes it from the queen of Polish rivers. The width of the Nogat ranges from 80 to 200 meters, while the breadth of the navigable mark (buoys) of the navigable route is about 30 meters.

Depth
Nogat is one of the 2nd class navigable waterways. It is divided into two sections: First, sewered – from the lock in Biała Góra, through two more in Szonów and Rakowiec, up to the water level in Michałów at 38 km. The maximum immersion in this section is 1.6 m. The second, up to the mouth of the Vistula Lagoon (62 km), where Nogat is a slowly navigable river – the maximum draft is 1.4 m.

High voltage lines and bridges
The Nogat waterway should not cause any major navigational difficulties. The lowest high voltage line is located at 12.0 m. The lowest bridge is the one located in Kępki (50.8 km) with a height of 3.3-3.7 m of clearance in the navigable spout (depending on the water level) .

Sluices
All sluices on the Nogat have similar dimensions, which are approx. 57 m long and approx. 9.5 m wide. Equipped with double gates, but the service usually only opens one. The real width at the entrance and exit is less than 5 m.

Vegetation
Sailing along the Nogat, you have to stick to the middle of the navigable route. This reduces the risk of screwing into the water vegetation screw. In connection with the launch of hydroelectric plants at the locks in Szonów and Michałów, a weak current appeared on the river but it is almost imperceptible to the navigators, but it is beneficial – the vegetation flows better and does not hinder the crossing.

Mooring
The banks of the Nogat are overgrown with rushes, but you can find convenient beaches for mooring and camping.

It is a shallow lake, which is a fragment of the former sea bay. Currently, it is a mainstay of waterfowl and a nature reserve. Over two hundred species of waterfowl and marsh birds have been observed on the lake. In an ornithological paradise we can meet cormorants, grebes, herons, cranes, terns or gulls. The depth of the lake is from 1.25 – 3 meters.

We only swim on the Drużno lake by a designated waterway. It should be added that deviation from the road will result in the need to clean the bolt. When mooring at the shore, it should be taken into account that depth variations may occur. With strong southern winds, the level of water in Lake Drużno is reduced. 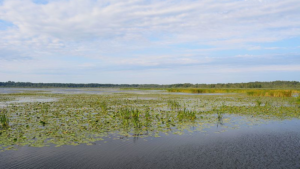 Slopes of the Elbląg Canal:

Numerous hydrotechnical devices have been built on the Elblag Canal, which make up its route, and also serve to maintain navigation. The most famous of them are the inclines of the Elbląg Canal. The purpose of the slipway construction was to compensate for the difference in levels between Buczyniec and Lake Drużno.

The route of the cruise passes through the section of the Elbląg Canal, on which there are, inter alia, the 5 incline system. An additional tourist attraction is the history of the legendary Truso settlement, which once was located near the Druzno lake.

Slopes and sluices are today the only machinery of this type operating in the world. The Elbląg Canal was established in the second half of the 19th century to handle cargo shipping. Currently, the goods are not traveling anymore. The channel is only (and as much as!) A tourist attraction. The only one on the European scale is the 5 slipways that replaced the locks. The ship affects a special platform, and then on the rails it rolls over to the other side of the hill.

The Elbląg Canal, which was built in 1844-81, is a unique monument of hydrotechnics in the world. The construction of the canal was aimed at shortening the transport of goods (wood, grain and other agricultural crops) from Warmia and Mazury (East Prussia) to the Baltic and Gdańsk.

The trail of historic drawbridges and revolving bridges around Elbląg.

Bridges, which are monuments of hydrotechnical art, currently not opened, can be seen: on the Dzierzgoń river in Dzierzgonka, on Tina in Lake, on Fiszewka in Szlepach Elbląskie, in Elbląg near the Elbląg Shipyard. The crowning of the trip may be getting to the village of Węgle-Żukowo, where we rent a boat at the fishing harbor. By water or from the land side, we can reach the observation tower at the mouth of the Dzierzgoń River to Drudy. We reach the tower by a twenty-minute walk along the river. Great views of the whole lake.

Elbląg is a city located in the northern part of Poland. It lies on the Elbląg River, which connects Lake Druzno with the Vistula Lagoon. The city was founded in the 13th century. Necessarily must see: the Old Town, the 14th-century Market Gate, a Gothic church from the 14th century. St. Nicholas and many more.