The Vistula Lagoon and the Elbląg Bay – extraordinary reservoirs

The Vistula Lagoon is limited by the Elbląg Upland (from the south side) and the Vistula Spit (from the north side). In turn, from the west, it is surrounded by podlods of the Vistula Żuławy. The eastern part is the water border with the Russian Federation. Behind this border the waters of the Kaliningrad Lagoon and the Piłsudski Strait allow for going out to the Baltic Sea. The area of the Lagoon is 382 square meters. The width of the Lagoon is d 6.8 km to 13 km, with an average depth of 2.7 m.

The lagoon is the sea of internal sea waters, which is why we can find here the marine navigation markings. It is managed by the administration of the Maritime Office. It is an ideal reservoir for inland sailors who want to enjoy sea swimming.

The possibility of a cruise with an exciting entrance to the port is a real experience. However, the problem may be a small depth of the Lagoon, as well as shallow ports and fairways. You can freely sail a yacht with a draft of up to one meter. 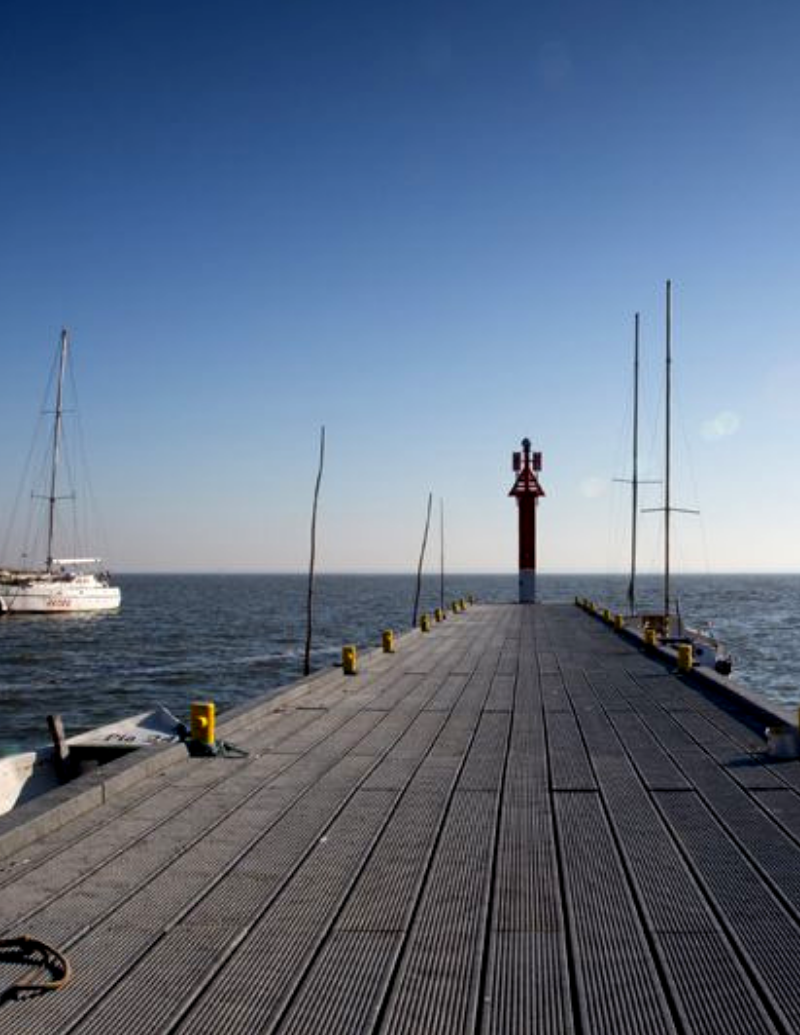 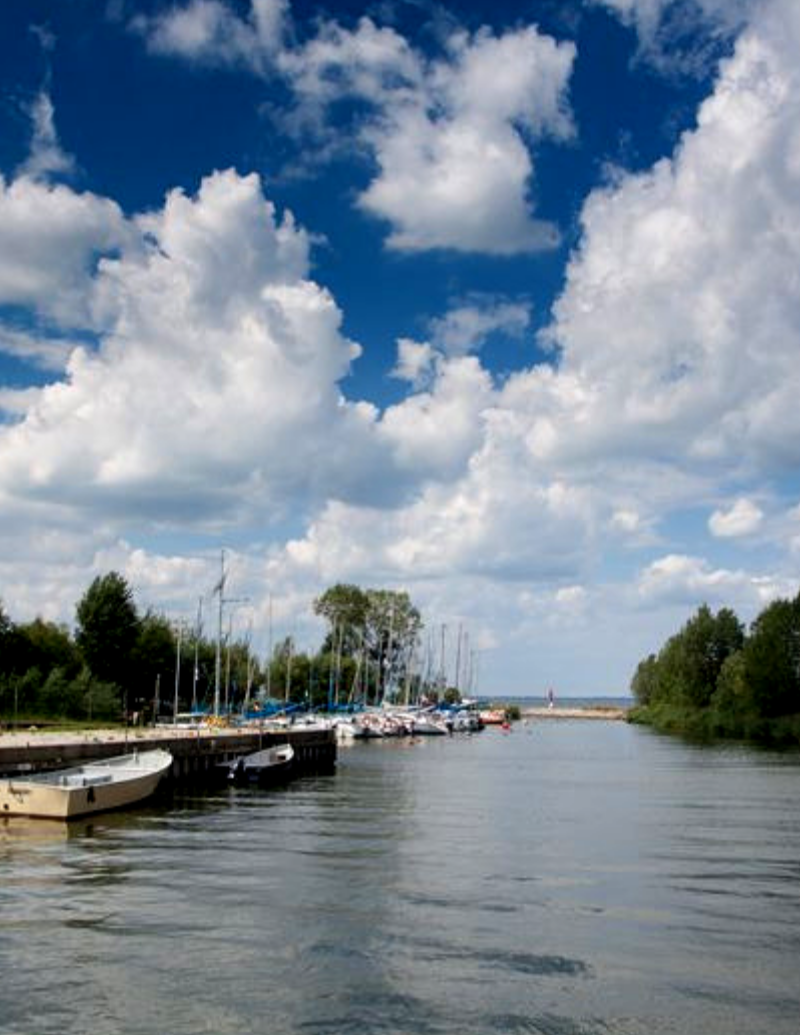 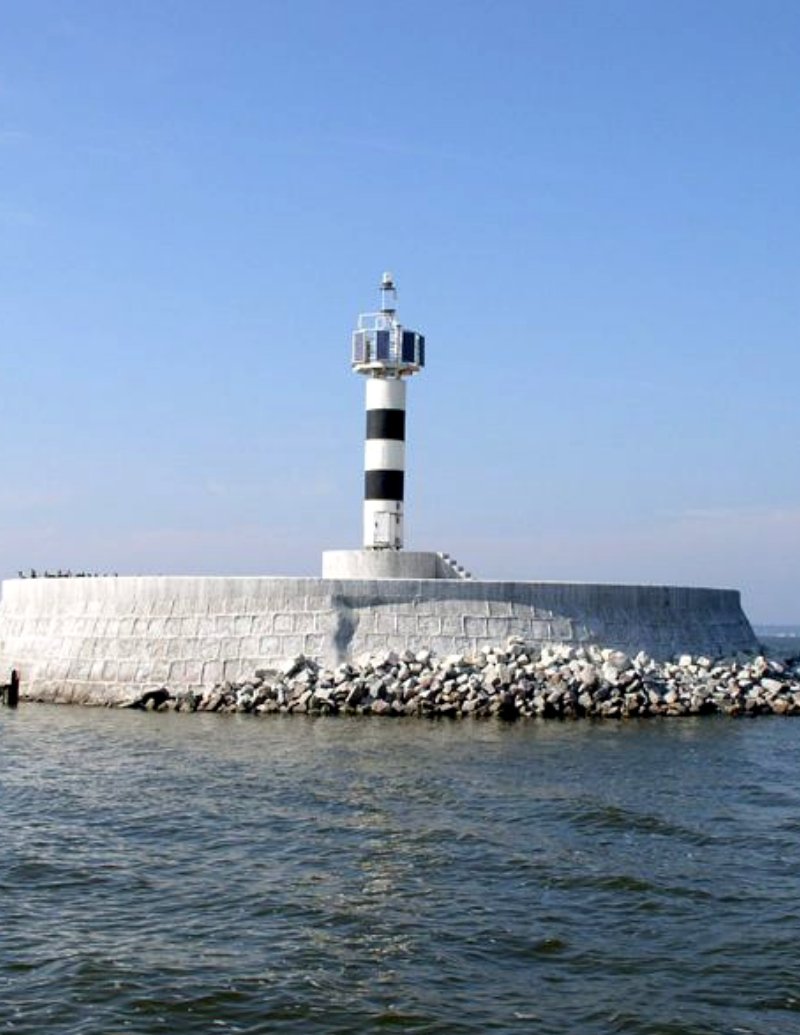 From Gdańsk to the Vistula Lagoon

It is necessary to mention that the Vistula Lagoon belongs to the dangerous waters. Immediate waves can be caused by strong, violent winds. With a storm wind of 25 m / sec (100 B), the wave parameters calculated by the Maritime Institute for the Vistula Lagoon are: wave height 1.2 m, wave length 26 meters. Due to the small depth of the basin, the undulation causes water mixing as well as raising bottom sediments. The little transparent water of the Lagoon is similar to coffee with milk.

Rivers and reservoirs: Motława, Martwa Wisła, Wisła, Szkarpawa, Wisła Królewiecka, the Vistula Lagoon. Difficulty level: The route from Gdańsk to the Vistula Lagoon can be defeated by every waterman. The Vistula Lagoon is the internal sea waters. The relevant permits and marine equipment of the unit apply here.

Units that can cover the route: Yachts with a draft of up to 1.4 m, also sailing, which thanks to the modernization of the route will be able to cross the drawbridge in Przegalina.

It is Y-shaped, which is directed towards the east. The northern arm is the approach to Szkarpawa, and the southern one is to the Elbląg River.

The fairway runs as follows:

Important points of the road:

Lewa Główka Wejściowa (LGW) on the Elbląg River (red navigation light), Elbląg light (called “Andzia”, ​​which is PGW – the Right Head of the Entrance to the Elbląg River, located on the Golden Island). PGW and LGW are asymmetrical. The light of Elbląg and the pond of Elbląg are often confused with each other. “Andzia” creates the first track gate with the light buil number 10 ELB. The next goal is composed of non-luminous buoys. The next shining ones are the 1 ELB (green) and 6 ELB (red) buoys. Further, up to the ponds of Elbląg, there are non-luminous buoys. Both arms of the fairway merge at the Elbląg pond, from where the fairway continues to the east, to the state border separating the Vistula Lagoon from the Kaliningrad Lagoon.

Nowa Pasłęka is the last official seaport in the east of the Polish-Lithuanian Commonwealth. It is located on one of the estuary channels of the Pasłęka River. Nowa Pasłęka is the equivalent of Piasków on the Spit. It is an oasis of peace and quiet.

By the Pasłęka River you can reach Braniewo. That’s where we will be mooring in the marina. It is possible to take a night life at the Fisherman’s House with a tavern. When we dream of rest, the Nowa Pasłęka port will be a good choice.

The new sailing marina, which was built as part of the project “The Żuławy Loop – the development of water tourism. Stage I “, is located in Stara Pasłęka, between Dom Rybaka and the drawbridge.

The water tram runs from Piła Pasłęka to Piaski every season. Port of the Maritime Office: entry through the port channel. Located picturesquely in the Pasłęka Canal, 300 meters from the mouth of the river to the Lagoon. In 2013, the port was renovated in the wharves, lack of infrastructure. It is worth contacting the host of the port. Contact: 55 243 24 00.

The Pasłęka Canal
From the main fairway of the Zalew. The beginning of the approach track is determined by the PAS buoy. From it flows towards the shore. The entrance to Nowa Pasłęka is located in a place where the shoreline forms a protuberance going out into the Lagoon. Yachts with a draft larger than 1.2 m may have trouble entering.

Approach route
There are gates from the buoys in front of the port. If we sail from Frombork, we need to remember about the stones at the height of the village of Różaniec. Approaching the approach fairway, let us consider a stone causeway, which is an extension of the eastern breakwater.

The mouth of the Pasłęka River

The mouth was regulated and deepened in 2010-2011. A flooded and devastated eastern breakwater was rebuilt. From the dredge created during dredging, the beach was built. We influence holding onto the western side of the estuary. The owner of the Fisherman’s House puts up battles that point the way. We pass the beach on the west bank, while on the east there is a lot of greenery. On the right is the island, with one residential house and ruins.

Plan your holidays and sail around the Vistula Lagoon!

The lagoon is a lot of attractions, as well as beautiful places that are definitely worth a visit. These include: the Planetarium in Frombork, the Museum of the Vistula Lagoon in Kąty Rybackie, the extraordinary sea beaches of the Vistula Spit, the Żuławska Access Railway that runs from Sztutowo. It is worth noting that the bustling Krynica Morska is adjacent to the calm, old haven in Kąty Rybackie. The small town of Frombork or Tolkmicko is completely different from the typical Masurian marina in Jagodne. The New Pasłęka is the mainstay of dream peace. 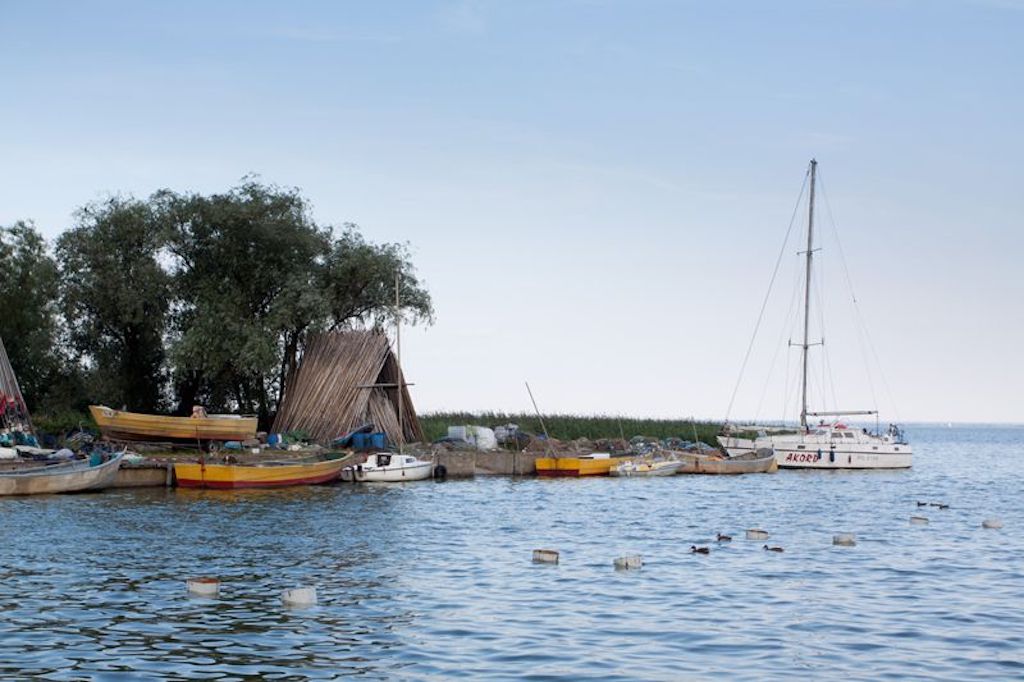 It is also worth mentioning the Elbląg Bay, which is the southernmost part of the Vistula Lagoon. It resembles Masurian lakes. Thanks to the cover of the Nowakowska Island, wind and waves are much smaller here compared to the open waters of the Lagoon. The bay is a shallow reservoir and its average depth is 1-1.5 meters. The exception is the water reservoir of the Zalew-Elbląg.